Following is a note from Eyellusion CEO Jeff Pezzuti thanking all those involved in making the first leg of the DIO Returns tour a success: 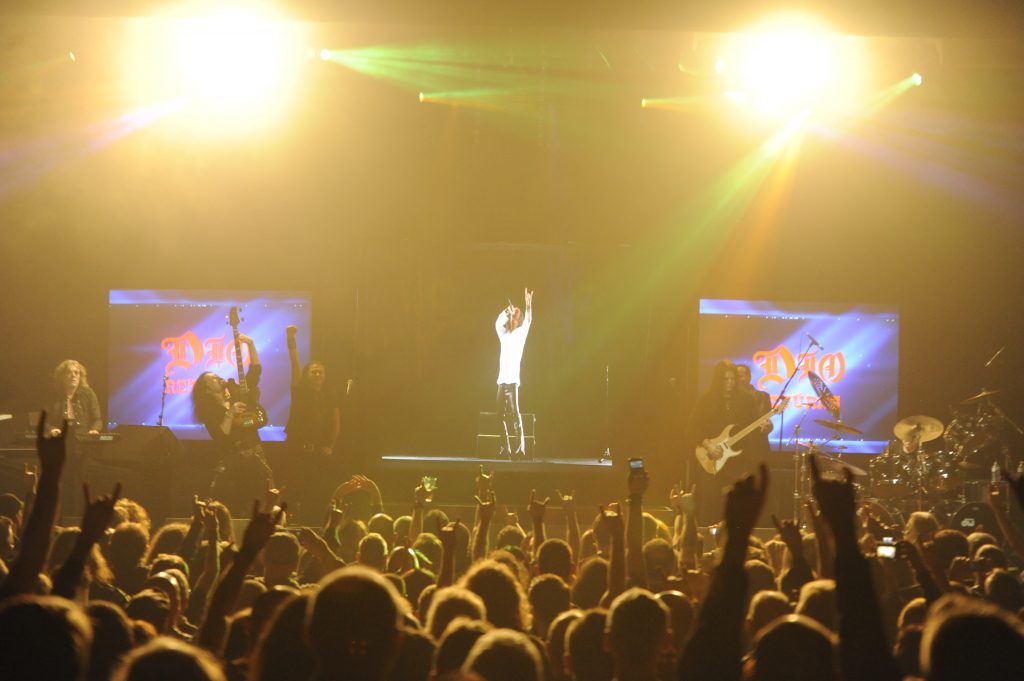 Last month, we had the privilege of reuniting the late Ronnie James Dio’s fans in celebration of the timeless music he left behind. The incredible DIO Band and our Ronnie James Dio hologram played seven countries and ten dates in 18 days! As the DIO Returns shows went on and word spread about this special experience, the crowds kept growing. By the final dates of the tour, thousands were coming out for an unforgettable experience.

It’s not easy to be the first to do something in an industry that doesn’t change all that often. But we’re fans first. We had a vision that the music that has helped form the foundation of rock and roll should be passed down for generations and generations to enjoy. In the current business climate, that means live tours. After all, there’s nothing quite like leaving everything behind for just a night to join fellow fans for an unforgettable experience. It’s about the sound, the lights, the memories – just getting lost in the moment.

A huge thank you to the extended DIO Family for their unflinching support as we set out together to make history. None of this would have been possible without Wendy Dio, the band (Craig Goldy, Simon Wright, Scott Warren, Bjorn Englen, Tim “Ripper” Owens and Oni Logan), the crew and everyone else who believed in us. With a successful tour leg under our belt, we head to Pollstar Live! next month to meet again with the industry and start plotting the rest of the dates that will feature even more songs and a bigger stage show. Yes, we’re truly just getting started!

In the meantime, here’s one of our favorite fan videos from the Bucharest show.

Horns up and see you all very soon!