‘DIO Returns: The World Tour’ will play more than 80 theater shows around the globe. 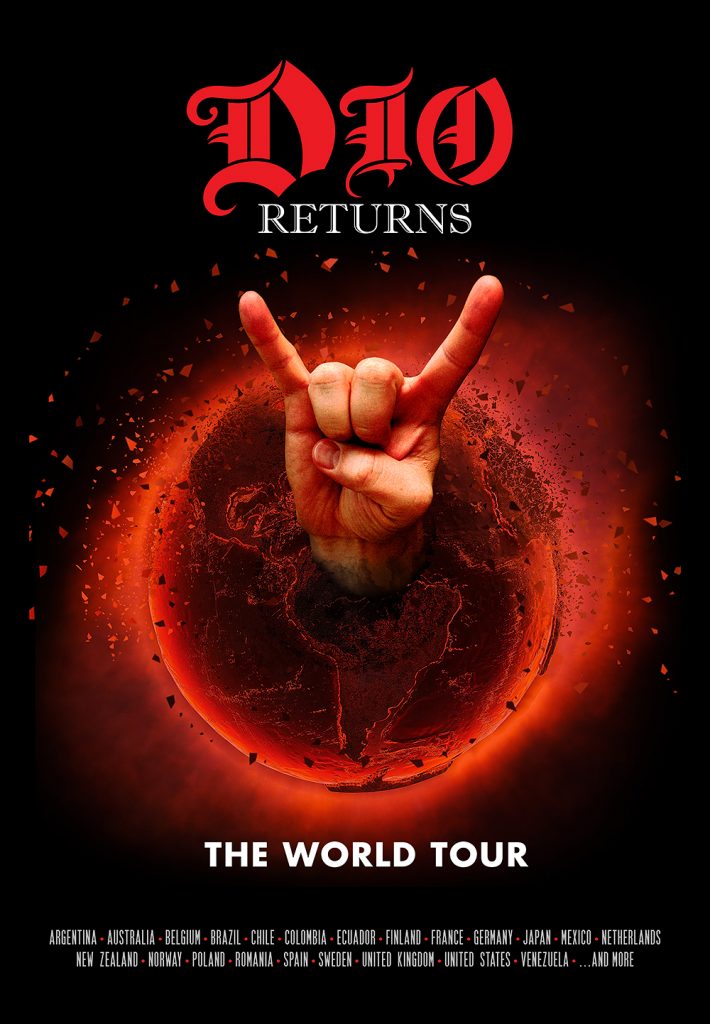 Live music’s premier hologram production company Eyellusion, today revealed initial dates for “DIO Returns: The World Tour,” featuring a hologram of Ronnie James Dio reunited with the late rock star’s former bandmates from the DIO Band. The tour will make more than 80 stops around the globe, kicking off in  Bochum, Germany on December 6. It marks the first tour of its kind, breaking new ground just as Dio did throughout an accomplished career as a lead singer and songwriter in defining bands such as Rainbow, Black Sabbath and DIO.

Initial tour dates being announced include:

The “DIO Returns” tour will also make stops throughout Argentina, Australia, Brazil, Chile, Colombia, Ecuador, France, Germany, Japan, Mexico, New Zealand, United Kingdom, Venezuela and other countries, with dates to be announced. The tour is expected to come to the United States in spring 2018 and play festivals globally during the summer.

The Ronnie James Dio hologram will perform for the majority of the show, treating fans to an alternating set list that will feature songs such as Rainbow In The Dark, We Rock, Neon Nights, King of Rock & Roll, Man On The Silver Mountain, Heaven & Hell, Holy Diver and more.

“Working with Eyellusion over the past year and a half to turn our dream of this tour into a reality has been absolutely incredible,” said Wendy Dio, who managed Ronnie James Dio throughout his career and is overseeing every aspect of the “DIO Returns” tour. “No one has ever been able to put together a show and tour like this and we like to think of Ronnie smiling down as we continue to find new ways to share his music with all generations of fans. We cannot wait to be able to finally bring this incredible experience to Ronnie’s fans around the world.”

“We’ve really only given DIO fans a small taste of what they’re going to see on this tour,” said Jeff Pezzuti, CEO and founder of Eyellusion. “We are creating a completely new hologram of Ronnie, designing an amazing light show and continuing to add more dates around the world to make sure that as many fans as possible get an opportunity to take part in this experience.”

Eyellusion is actively raising funding to secure additional artist rights and finance projects and tours in its growing pipeline.