Really happy to see the news about our Frank Zappa hologram and Ahmet Zappa joining the company to head global business development in CNN this week! 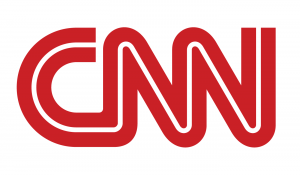 Frank Zappa is hitting the road again — nearly 24 years after his death.

Live music hologram production company Eyellusion and the Zappa Family Trust announced Thursday that a Zappa musical hologram experience is coming, “giving fans an opportunity to experience the prolific, eclectic and critically acclaimed music legend live in concert again.”
“I’m thrilled that Frank Zappa will finally be going back out on tour playing his most well-known music as well as some rare and unheard material,” his son Ahmet Zappa said in a statement.
“We can’t wait to bring his creative work back to the stage with the musicians he loved to play with, such as Steve Vai, Ian Underwood, Adrian Belew, Arthur Barrow, Vinnie Colaiuta, Scott Thunes, Mike Keneally, Denny Walley, Warren Cuccurullo and Napoleon Murphy Brock among others who are committed to being part of this epic endeavor,” Zappa said.
“When I spoke with them, they were excited at the prospect of performing alongside Frank once again and can’t wait to give fans an unforgettable experience.”