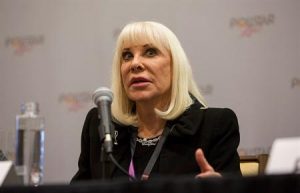 Of course, Pollstar was in the audience to capture the discussion. Check out the article to read more about what was covered in the session. But first, we just have to share our favorite part, from Pollstar writer Joe Reinartz:

“The exuberantly titled panel had the potential of being a walking advertisement for the oncoming experiment that features a holographic Ronnie James Dio performing with his former rock band. Instead, it may have been one of the more entertaining and interesting panels of any conference.”

A huge thank you to Pollstar for the opportunity. We’re looking forward to returning next year to provide an update on the DIO Returns hologram tour, which will be well underway by early 2018.