We spoke with CNBC about the role Eyellusion is playing in helping iconic artists find new audiences and reconnect with old ones via hologram touring. The article has some great quotes from others in the industry about the hologram opportunity, some behind the scenes on how holograms are created and a bit about our announcement that… 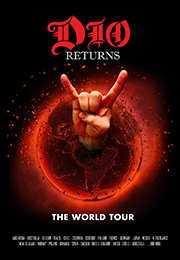 Eyellusion discusses holograms for every artist at Music Biz 2017

Eyellusion CEO Jeff Pezzuti recently returned from a trip to Nashville, where he spoke at the Music Biz 2017 event. Jeff participated on a panel called “The New Frontier,” where he discussed the opportunity for any artist to leverage holograms. “This is not a cookie-cutter approach, it has to be tailored to the artist, their…

Venues Today ran a great piece on the upcoming DIO Returns tour that features Eyellusion CEO Jeff Pezzuti, Andrew Goodfriend of TKO and one of rock’s most famous promoter’s ever, Danny Zelisko. We love this quote from Danny: “I’d book the show even if it was only half as good as what I’ve seen so…

We Chatted With Billboard About The History Of Live Music Holograms

We’re to be represented in Billboard’s write-up about the history of live music holograms. This is what they had to say about Eyellusion: Eyellusion Hologram Production debuted its digitally recreated Dio at the Wacken Festival in Germany in summer 2016, then showed it off for the music industry again at the Pollstar Awards in January. In conjunction with…

Wendy Dio and Eyellusion CEO Jeff Pezzuti hopped across the Atlantic to London this week for the annual International Live Music Conference. It was a packed, sold out event with more than 1,100 attendees! Jeff represented Eyellusion on the New Technology: Digital Discovery panel, wowing the audience with the latest clip of the company’s Ronnie…

We met writer Sari Cohen from AXS.com through our good friend Eddie Trunk when we were last in LA getting ready for Pollstar Live! She was really interested in what we are doing to bring a new live music experience to fans! We spoke a bit and she recently ran this great interview with Wendy Dio…