Eyellusion is definitely breaking new ground in the music business and we’re proud to see our creative director Chad Finnerty highlighted for his cutting-edge content work for artists like Ronnie James Dio, Frank Zappa and others. The current issue of Billboard features music jobs of tomorrow and Chad is profiled talking about what it takes to be a hologram developer. Chad is the best in the business and this piece gives just a taste of what it’s like to walk in his shoes for a day! 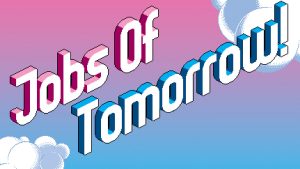 After graduating from the Art Institute of Pittsburgh’s computer animation program, Finnerty worked on films like 2006’s Happy Feet (in which he created the artificial intelligence that made crowds of penguins talk), then spent two years at Pixomondo as animation supervisor, working on everything from a theme park ride to Star Trek: Into Darkness. He joined Eyellusion in 2016 and, as director of creative development, Finnerty, 37, supervises seven different animation departments (tracking, modeling, painting, look development, motion capture, hair grooming and rendering) that together create a projected hologram that can pass for a rock star — like metal icon Ronnie James Dio, whom Eyellusion sent on a world tour in 2017. (Next up: Frank Zappa.) Most of Finnerty’s 10-to-7 workday is spent critiquing those teams’ work, determining the overall look of a project (from lighting and choreography to wardrobe) and poring over archival concert footage and photos to gather visual data on an artist’s performance style. He’s convinced that true 3D hologram technology — using lasers instead of simple light projection and mirrors — will be developed within the next five years, and insists that aspiring hologram artists won’t need a prestigious degree like his own. He recommends using DIY animation sites like Pluralsight and Animation Mentor — “If you sit in your room all night studying these instructional videos, you can figure it out” — and then designing your own animation clips. “If somebody has talent,” he says, “I’ll see it immediately on their demo reel.”

Read the full profile over at Billboard.com.