We talked with Forbes about the Prince hologram that wasn’t

A lot of passion was stirred up when it was announced that a Prince hologram would appear during JT’s Super Bowl performance. We spoke with Forbes music biz writer (and recent 3 Kings author) about how this performance differed from holograms that tour today and the impact of seeing artists that we’ve loved and lost appear on stage.

How Justin Timberlake’s Super Bowl Prince Differed From A Hologram 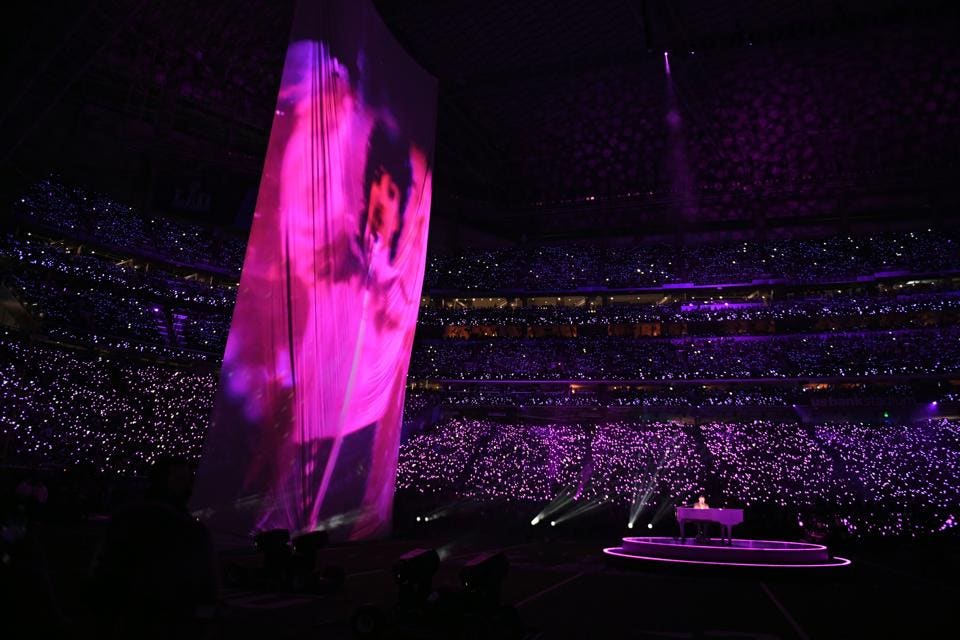 Purple Reign: Prince is projected on a giant screen as Justin Timberlake performs onstage during the Super

Justin Timberlake’s Super Bowl Halftime Show performance was ultimately a lesson in playing it safe — no animatronic lion like Katy Perry, no flying in from the roof of the stadium like Lady Gaga — likely a reaction to the wardrobe malfunction that eternally branded his first appearance on music’s biggest stage in 2004. And, in the wake of a preemptive backlash, a rumored Prince hologram never appeared; instead, late in his show, Timberlake played piano as an image of the Purple One was projected onto what looked like a giant bedsheet.

Judging from some of the harsh reactions to Timberlake’s performance, he might as well have taken more risks. He “lost the Super Bowl,” opined the Washington Post, while the New York Times labeled his set a “taste malfunction”; even USA Today called it a “wimpy joke.” In addition to the mainstream outlets decrying Timberlake’s lack of adventurousness, Prince fans felt the projection was too close to being a hologram, a type of technology he once dubbed “demonic.” There are plenty of valid reasons to criticize Timberlake’s performance, but the hologram angle isn’t necessarily fair.

“A hallmark of hologram productions to date has been an attempt to create an illusion that the artist is there on stage,” says Jeff Pezzuti, chief of Eyellusion, a company resurrectingthe likes of Frank Zappa and Ronnie James Dio for live shows. “This is done by creating a 3D image based on video footage and pictures, and projecting it onto a transparent, angled surface. Typically, the artist then moves and sings as if they were on stage. The Super Bowl’s excellent Prince tribute projected a flat image onto a flat surface. The footage shown displayed multiple camera angles and there were times that we heard Prince’s voice but his image on the screen did not match to it.”

Read the full article over on Forbes.